Artist Jane Locke presented her performative lecture work The Cloud of Unknowing, at the opening of The Beholder’s Share. 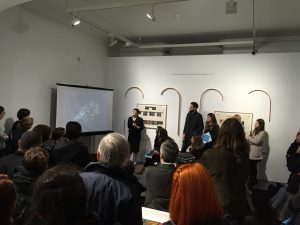 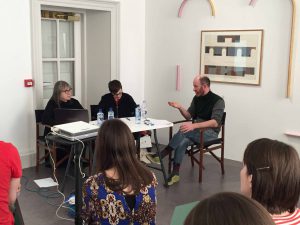 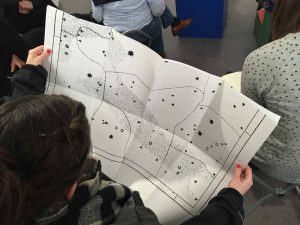 In response to the work by Jennifer Brennan, currently on display in The Beholder’s Share, artist Rhona Byrne hosted workshop exploring the theme of teleportation. Participants worked with Rhona to design and construct a series of ‘portals’, which playfully approach the unapproachable task. 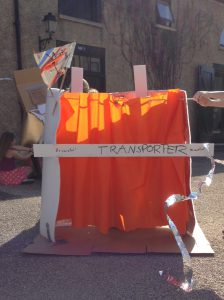 In 1976, artist William Furlong held a workshop in which the audio cassette was explored as a vehicle for media dissemination. The Free International University held the workshops as part of a symposium in University College London, to bolster support for their project. As part of The Beholder’s Share, artist Sven Anderson responded to the idea of the workshop on site at IMMA 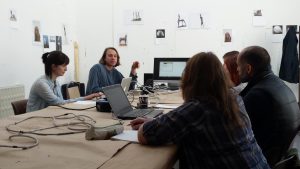 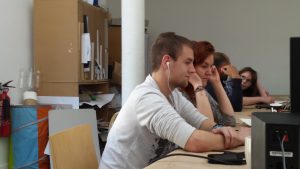 In an attempt to amplify the signals latent in the works gathered together as part of The Beholder’s Share, Jeffrey Gormly and Regan O’Brien hosted a Social Dreaming Matrix. Participants were invited to take part through the sharing of dreams, making of connections and modelling of the collective creative unconscious. 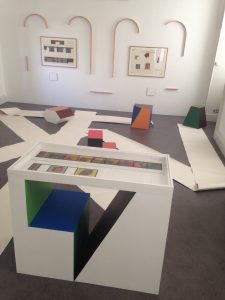 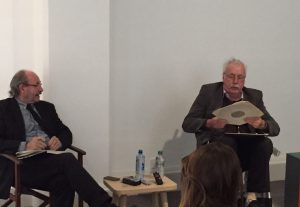