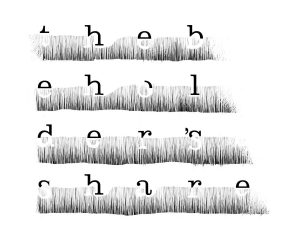 You are invited to a reception to mark the opening of The Beholder’s Share
Thursday 26 March, 6.00 – 8.00pm
Project Spaces, IMMA

The exhibition will be officially opened by Sarah Glennie, Director, IMMA

The opening of The Beholder’s Share will include a performative lecture by Jane Locke
7.00pm, Project Spaces

The Beholder’s Share examines unrealised and unexisting projects from the IMMA Collection. The focus of the exhibition is the role which the viewer  can play in imaginatively completing an unrealised work. Exploring the documentation, stories and latent potential of projects by artists such as Joseph Beuys, Christo, William Furlong and Sol LeWitt, the show will also include selected unrealisable proposals by 4th year students from IADT’s BA in Visual Arts Practice. The Beholder’s Share is curated by students on the Art and Research Collaboration (ARC) MA programme at IADT in collaboration with the IMMA National Programme.

In response to the work by Jennifer Brennan, currently on display in The Beholder’s Share, artist Rhona Byrne will host a workshop exploring the theme of teleportation. Participants will work with Rhona to design and construct a series of ‘portals’, which playfully approach the unapproachable task.

In 1976, artist William Furlong held a workshop in which the audio cassette was explored as a vehicle for media dissemination. The Free International University held the workshops as part of a symposium in University College London, to bolster support for their project. The documents from Dorothy Walker’s Collection at NIVAL, on display as part of The Beholder’s Share, identify the Royal Hospital as a potential site for this school in the late ’70s.

As part of this exhibition, artist Sven Anderson will respond to the idea of the workshop on site at IMMA. Participants are invited to take part in this experimental audio workshop, which will require not cassette players, but laptops, and so it is advised for participants to each bring their own laptop.

Further events to be announced.