A Perambulation launches at LAB on Wed 11 January, 6-8pm

Maeve Connolly / January 4, 2023 / Comments Off on A Perambulation launches at LAB on Wed 11 January, 6-8pm / Uncategorized

As part of the exhibition, Shannon Carroll will be hosting a closing event in the form of a Climate Cafe, at 12pm on Saturday 21 January 2023 (free event, booking required via Eventbrite HERE). 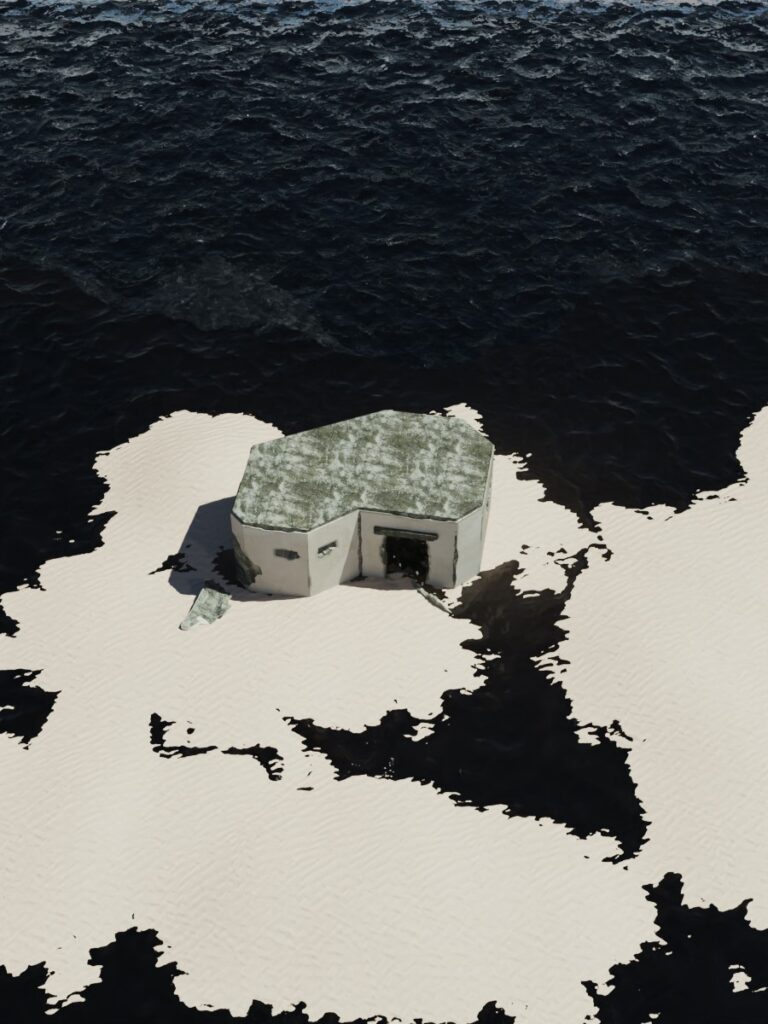 The verb ‘to perambulate’ means to travel over or through, especially on foot.

It also means to traverse in order to examine or inspect. The word originates from the historical meaning in English law when ‘to perambulate’ meant to establish the border of land or the bounds of a municipality, by walking around it.

By developing art works and projects that explore familiar and unfamiliar territories, examine cultural histories and physically and philosophically question our place in the world, the works in this exhibition interweave with each other and with this notion of perambulating.

During a period that feels ripe with cultural tensions, environmental changes and ecological crises, these works convey our instinct as humans to connect to our environment.

A Perambulation is an invitation to reflect on our place within the multiple environments that surround us, the boundaries that contain us, where we are from, where we are going and the earth that sustains us all.

Together, the works in this exhibition question relationships with space, place, the planet and with each other.

This is a journey of inspection, questioning and world building.

This is A Perambulation.

And there she was, lying on her knees on a plot of land, surrounded by pines and hills, the wrinkles in her hands reflecting the course of time, the gentle wind with a scent of wet soil soaking her rough skin, entering into her porous limbs…she started to dissolve.

Oswaldo is based in Dublin but originally from Guadalajara, México, with a background in architecture. Their growing interest in folklore, popular culture and art made them broaden their path to include exploration of music and local culture, revisiting childhood memories from Michoacán, México.

Their project focuses on p’urhépecha or p’urhé/p’uré, which means people or person. This is a dying indigenous language from México that was radically altered by colonization and the imposition of Christianity, causing the loss of words and grammar. The p’urhépecha language changed rapidly to include many new forms, and it continues to change.

The architectural and linguistic remains of a civilization, including construction techniques and systems, are central to the understanding of ongoing family connections and heritage.

The barn, originally called Troje (or Trójarhu), was once an important and strong icon in the p’urhépecha culture. As their culture and language changed radically, people started to create stories where they related anthropomorphically to the barn, perceiving and describing the building as a person with a body and limbs. This project examines conceptual and linguistic connections between the structure of the barn and the human body, focusing on gaps and missing parts.

Shannon Carroll is recipient of the 2021 ARC LAB Curatorial Scholarship. This opportunity involves working with The LAB Gallery Curator, Sheena Barrett, on gallery programming and curatorial strategies in addition to her self-directed MA research. She is currently developing a curatorial project, Molecular Revolutions, to be presented at The LAB Gallery in March 2023.

As part of her scholarship role, Shannon worked as coordinator of the video interview series, Speaking of Which, Series II – The Ecological Edition, a project produced in collaboration between the LAB Gallery and The Dock Arts Centre. This is the second series in a set of interviews where artists explain what inspires them and how they make their art. In light of global climate changes and the current ecological crisis, twelve artists were chosen based on ecological concerns within their practices. Shannon composed questions for the artists that explore their reasons for making art, the methods they use and most importantly, what it means to them to be an artist during this time of crisis.

These artists draw inspiration from many sources; the books they read as children, the places they grew up, the environments that they have visited, conversations they have had and their experiences studying art in school. The artists are Bassam Al-Sabah and Jennifer Mehigan, Mark Clare, Claire Donohoe, Cathy Fitzgerald, Laura Fitzgerald, Vanya Lambrecht Ward, Catherine McDonald, Maria McKinney, Rosie O’Reilly and The Project Twins – James and Michael Fitzgerald.

Michael Croghan is a visual artist who works primarily with photography. Throughout his work there is a focus on place and in-between spaces. For over ten years, he has been developing a long-term project where he documents his own locality in the midlands of Ireland in county Longford. He investigates continual change in this locality, with a formalist style adaptive to the everyday vernacular, building up an extensive archive. He also collaborates with local communities to explore social tropes and hidden histories, reconfiguring the familiar to draw attention to the poetry of the common place. More recently, Michael has focused on aspects of County Longford’s Development Plan, 2021-2021, such as the ‘rural settlement cluster zones’. His project, Rural Area, examines various ways in which the experience of space is structured and organised. He is particularly interested in the hierarchy of statutory bodies involved in the planning process and in the potential disconnection between this hierarchy and the everyday lived experience of people in county Longford. In Rural Area, he draws on his local knowledge and his extensive photographic archive to investigate these zones through a conceptual installation. Michael’s work has been selected for various exhibitions, including the upcoming Rotterdam Photo Festival 2023.

Mel constructs unreal places, each growing from an early (and on-going) love of science-fiction and anti-/utopian literature. Sci-fi as a genre openly encourages curiosity, often asking existential or philosophical questions of the audience. Mel uses Janet Donohoe’s notion of ‘palimpsest places’ as a tool; these layered landscapes are built from artistic and contextual research, with ideas and processes forming on top of each other asking the viewer to question how it is made and what it depicts. Is the landscape real? Is it photography? Have they ever been there or is it somewhere they could go? When did it exist? In the past, present, future? All at once? Throughout her practice Mel approaches research as an artistic process; it could as much be walking, conversations, poetry and site-visits as secondary sources such as essays, films and books. This process allows Mel to reorder research into visual landscapes and translate ideas through mediums, from contemporary technologies of CAD and CGI to laser etching and printmaking. Frequently her works are shown as multiples, such as pamphlets or handouts, which the audience can take out of the arts space with them and into the landscapes that they consider.

A short passage. A small fragment of one’s life. A few seconds on their way to meet someone. Strangers crossing the same path on a daily basis. All these non-written minimal narratives, ordinary aspects of the quotidian, it all becomes a patchwork representation of a public space. Constantly being made, being fabricated. Looking at Dublin’s Portobello Square through her window, Natalia became a narrator, weaving illustrations, photographs and writing to understand how people perceive and experience space. Everyday life is not a mere reproduction of objective rules from spatial conditions, but is filled with subjectivity and controversies. Using storytelling strategies, the works in this exhibition are composed of illustrations, photographs and both two-dimensional and three-dimensional threads to follow, where minimal narratives fill gaps between the geography of space and imagination.

Diana Popa is an emerging artist and researcher. Born and raised in Romania until the age of sixteen, she experienced the conservatism of mainstream Romanian society and the oppression of certain forms of art practice. She is especially interested in contemporary art during the height of the communist era in Romania (the 1970s and early 1980s). She works mainly with video, but her work also includes sculptural elements. Her project is a response to the popular satirical magazine, Urzica (or ‘nettle’, published monthly and bimonthly from 1949 to 1989), which explored everyday life in communist Romania, through cartoons, poetry and short stories. Diana performs in scripted videos developed from various research sources, including interviews with family members. These videos explore conflicting and contradictory experiences of life in communist Romania. Another work, Glory to the working class, presents edited footage taken primarily from television, including propagandistic images. The background music is a famous Romanian communist song from the era.