Green Skies, A Double Rhythm by artist Lisa Freeman is a provocative site specific performance that took place on the Curragh on Saturday 5 October 2019. The peformance focuses on the ‘Wrens of the Curragh’; a marginalised community of women that lived in gorse bushes outside the army base in Kildare in the 19th Century. 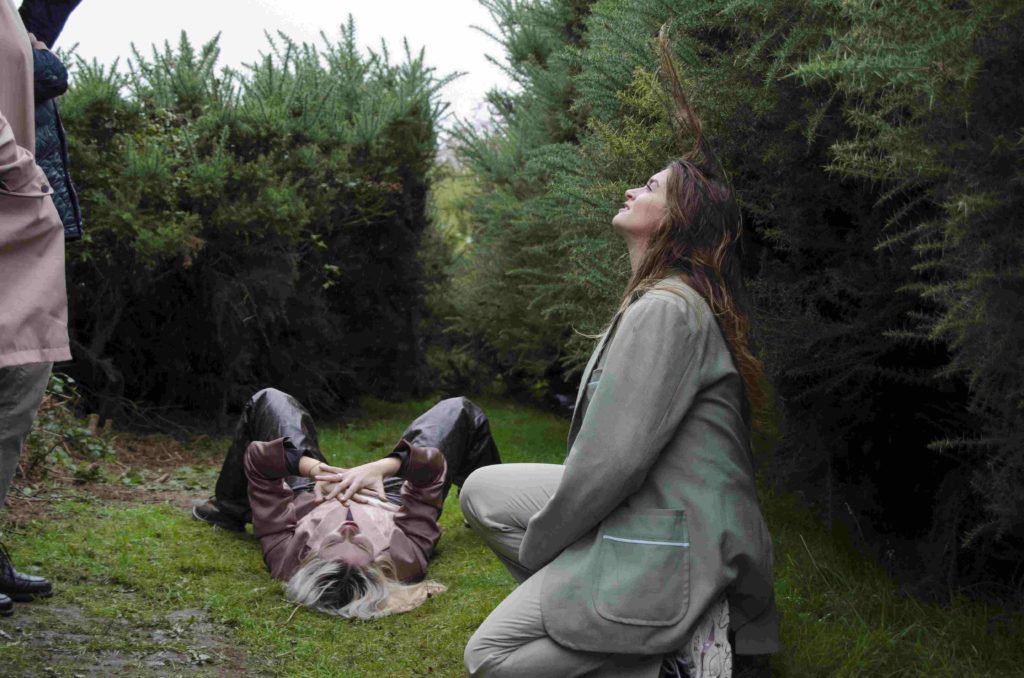 These women worked as sex workers and were outcast from society. Their actions and words are documented only through police, court, prison, hospital and workhouse records. Using the location to contextualise the past and create a discussion around women’s rights and societal attitudes towards this subject, the performance aimed to open up new conversations around feminism and politics in Ireland today.

The performance took place on the Curragh in Kildare and was 25 minutes in duration. Performers led the audience on diverging promenade performances which were centred on a live musical score by a drummer and scripts that contain moments of improvisation responding to each audience. The audience bore witness to the unfolding tensions of hidden and coded communications in these groups. 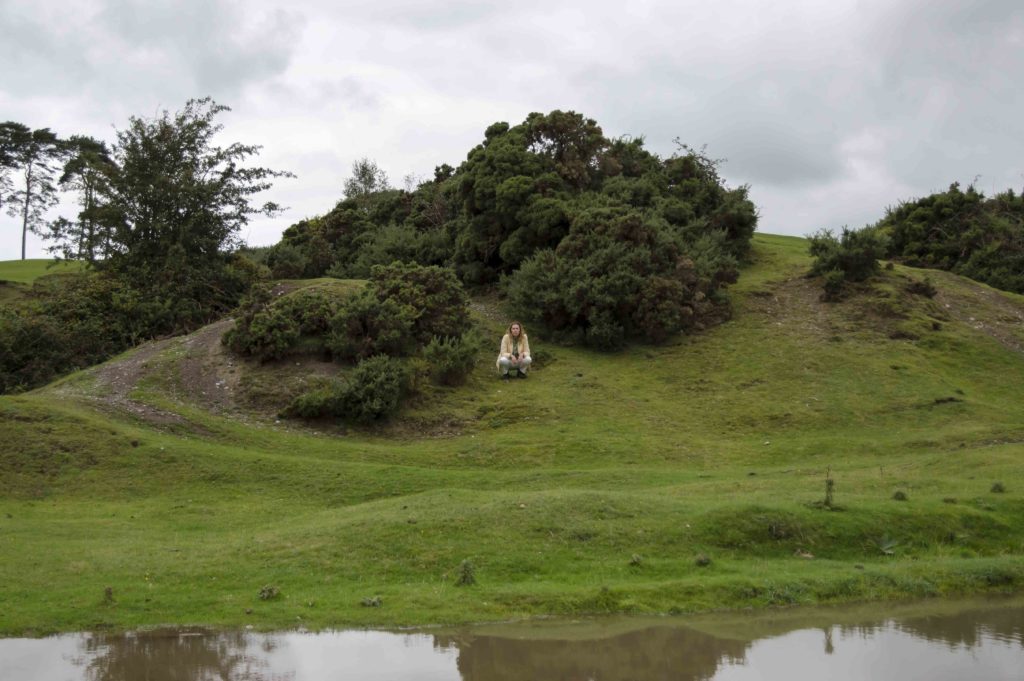 The research behind this performance has been aided through historian Maria Luddy’s writings, notably her book ‘Prostitution and Irish Society, 1800-1940’ and Freeman’s finding’s in Newbridge Library’s archive. The script is developed from multiple sources including Freeman’s own writing and internet forums.

Lisa Freeman is an artist working across performance, video and installation. Drawing from self help books, archival material, local knowledge and mainstream media, Freeman’s projects explore language and how meaning and interpretation can shift when placed in different contexts. A focal point of her practice is working with actors and developing scripts for live performances both within and outside of the gallery Freeman holds a BA in Fine Art from the Crawford College of Art and Design (2015) and is currently on the MA programme in Art and Research Collaboration with IADT, Dun Laoghaire, Dublin. She is supported by Kildare County Council (May 2019, June 2017, June 2016) and participated in residencies in Barim Arts Centre in South Korea in August 2016 and Venice in conjunction with the International Performance Association in June 2016. Recent exhibitions and performances include;‘The Talk that Talks’ for RHA and TBG+S’ Winter Seminar The Lives of Artists (November 2018), TBC TV, Somerset House, London, (October 2018) ‘The Talk that Talks’ , More Mutable Clouds , Prenzlauer Kunst Kollektiv, Berlin (August 2018), ‘Self Defeating Zone’, Platform , Draiocht Gallery, Dublin (April 2018), Solas Nua, Dupont Underground, Washington (March 2018), Glitch at Rua Red Gallery, Dublin (May 2017).